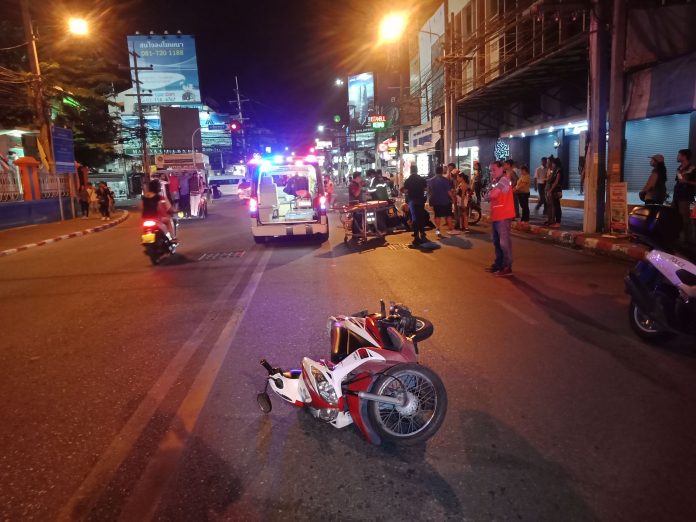 A female pedestrian has sustained serious injuries after she was hit by a taxi motorbike while crossing a road in South Pattaya last night.

The Pattaya City Police were notified of an accident at 11:40PM in front of Chai Mongkon Temple.

Police, The Pattaya News and emergency responders arrived at the scene to find the woman aged around 60 years old lying on the road.

She had sustained a serious injury to her head. She was rushed to a local hospital. Nearby, the first responders found a damaged motorbike.

The taxi motorbike driver, 34 year old Vachira Kuasit was waiting for police at the scene.

He told the police that the woman was crossing the road without warning and ran out in front of him. He was unable to stop the motorbike, he claimed.