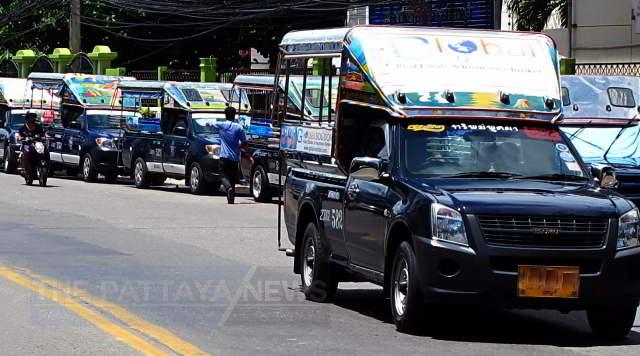 This weekend, the new head of the city baht bus association, Mr. Tawat Pheuakbunnark, laid out a fourteen step plan for improved customer satisfaction and service in the area.

The meeting is following allegations by a Korean pop star of overcharging, which Mr. Tawat stated were false after reviewing CCTV in a later interview. However, regardless of this, Mr. Tawat, with many traffic and tourist police present, is making sure that his drivers follow the rules.

Additionally, a baht bus driver fell asleep and crashed into a tailor shop the previous week, injuring two tourists which led to this meeting.

1. Dress professional and wear your proper uniform at all times.

2. Ensure that you display charges, driver details, and routes in a visible location for all to easily see.

3. Take passengers where they want to go, within reason of course.

8. Don’t drink alcohol or do drugs.

11. Stop only at designated stops.

12. Do obey the rules and timings of the rank.

13. Don’t deal with drugs or possess them.

Mr. Tawat was quoted as saying that 100 – 500 baht fines would be levied on those that break the rules.

In addition, there would be seven-day suspensions and even total bans from Pattaya.