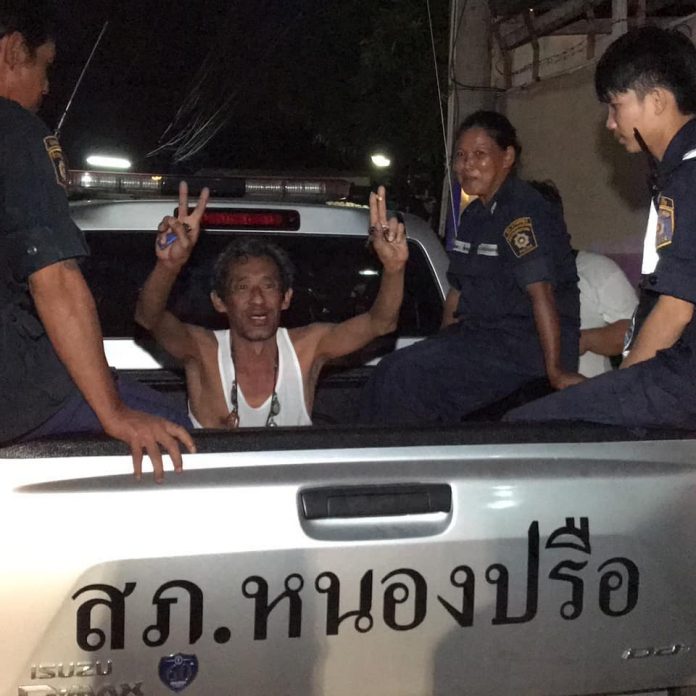 At 11:30 PM last evening, July 1st, 2019, local police and rescue officials got an urgent call that an aggressive and angry Thai man had set fire to a motorbike in front of his home and was being aggressive and violent to neighbors in his village located just outside of Pattaya.

Our reporters joined them and shot the following video and pictures. 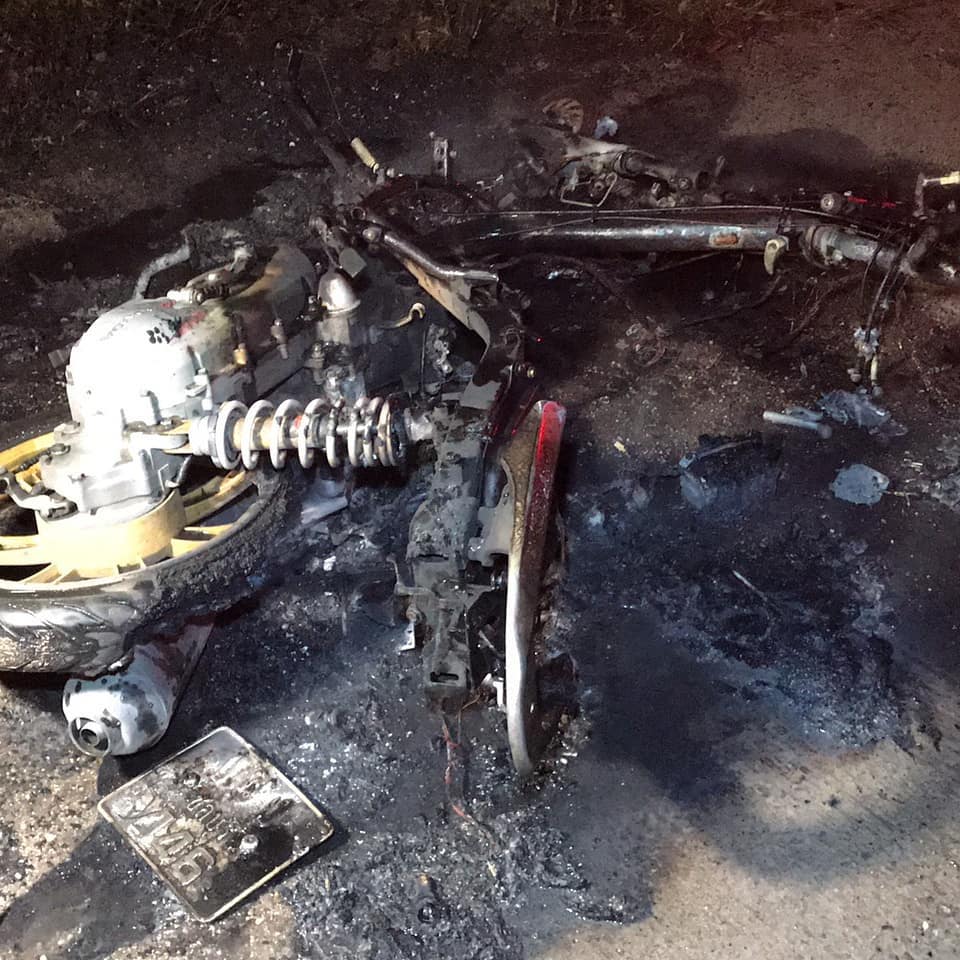 A 52-year-old Thai man was arrested, Mr. Chaturong Khamton, who is a local curry seller. The Motorbike belonged to his wife who he was angry at for reasons he did not state clearly to the press. In a fit of anger, he took her motorbike and burned it beyond recognition in front of shocked neighbors and friends.

His wife stated they had problems before but he had never acted this out of control. 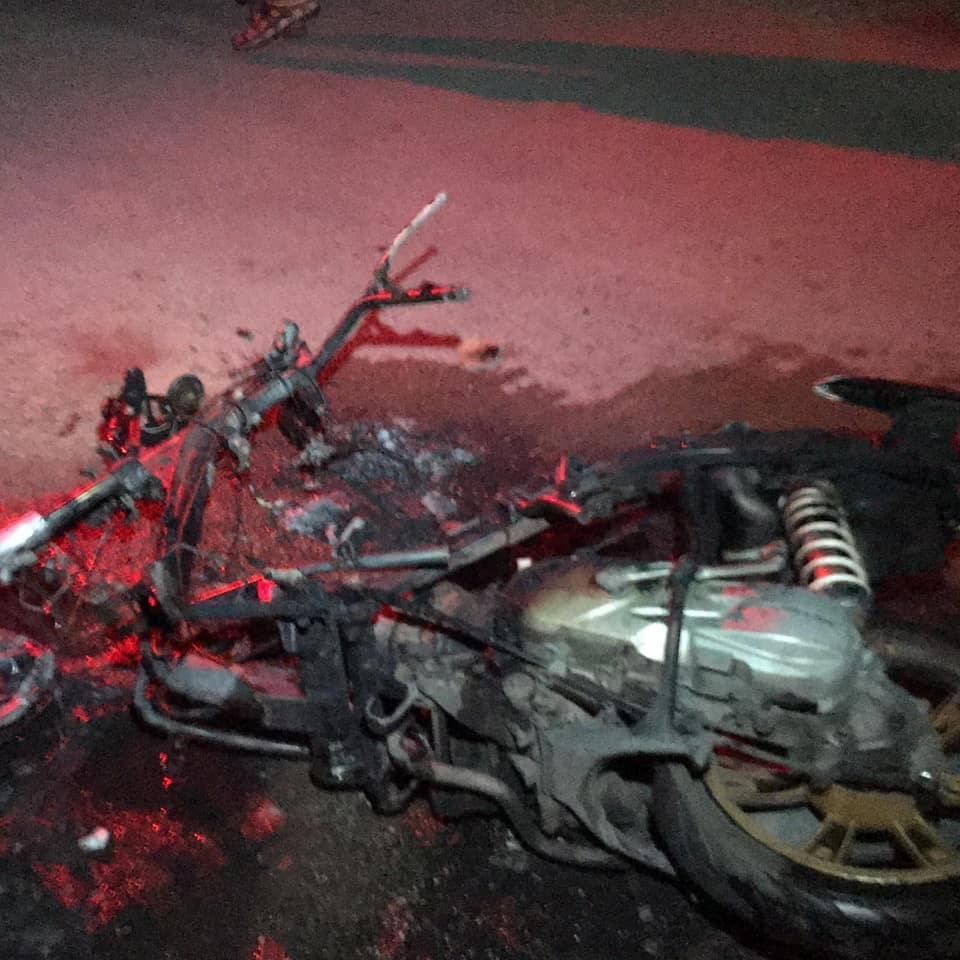 He appeared to be quite pleased with his behavior and was filmed giving the peace sign and looking happy as he was arrested and taken away to the police station.

Police stated he did not appear to be under the influence of drugs or alcohol, only very seriously angry.