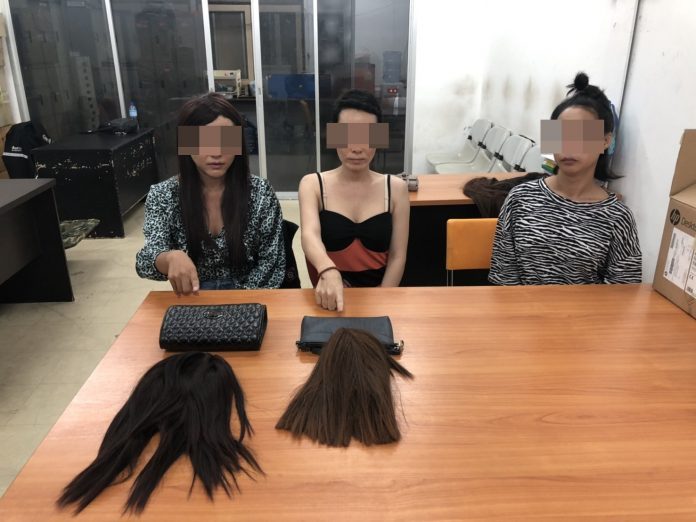 The Pattaya News was present this afternoon, June 12th, 2019, when city police, along with tourist police, led by Pol.Lt. Gen. Phongphan Wongmanet, arrested three transgender Thai nationals wanted for theft at their apartment in South Pattaya.

On June 6th, 2019, as we reported on our social media feeds, two tourists, one from India and one from the United Arab Emirates, called the police near Walking Street in South Pattaya to report that they had an expensive gold necklace taken from them and some cash by a group of transgender, or ladyboys at 3:30 AM while they were walking back to their hotel.

The two tourists, who were not intoxicated, told the police that the ladyboys attempted to offer sexual services to them and groped them but they were not interested. A small argument ensued and the ladyboys ended up stealing a gold necklace worth 30,000 baht (previously stated as 18,000 baht) and a small amount of cash.

The police reviewed CCTV, below, and began the process of tracking down the three suspects.

Today, they successfully located the three transgender suspects and named them as follows:

Mr. Wichai or Rose, Phra Song Song, 24 years old, Mr. Winai or Wanawin, Age 32, and Darun or Benz Sukom, 34 years old, all of whom are accused by the Pattaya Provincial Court of Burglary at night and attempting to escape arrest. 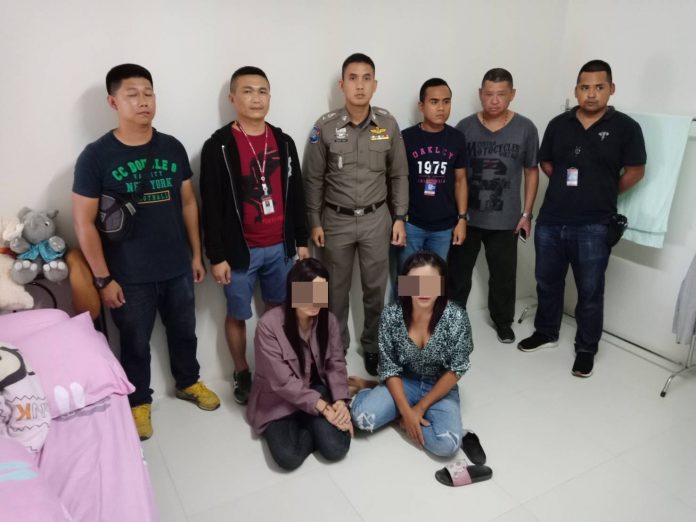 Lt. General Wongmanet stated to the Pattaya news today that all three individuals have a previous arrest record history for theft and drug usage as well as previous time in jail.

The suspects have confessed to the crime, however, said that they already sold the necklace and spent all the money. They showed no remorse for the crime, according to city police officials.

All three will be facing a return to jail for the crime.