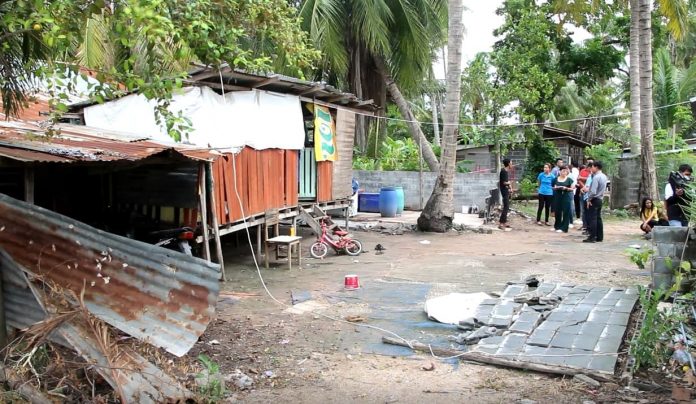 Compensation has been given to a family who lost their child and their house collapsed after a heavy thunderstorm hit Chonburi on Wednesday night earlier this week.

On Wednesday night, the house had been damaged by the storm in which the house collapsed, killing a three-year-old Thai boy.

Mayor Pinyo told The Pattaya News, “We have given some money and necessary items for the family. Their house will be fixed. The family will be moved a temporary house.” Thai Social Media also raised 30,000 baht for the family to assist with the tragic incident.