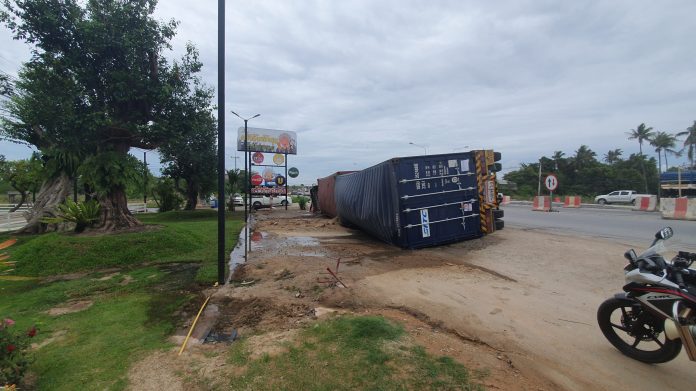 Bang Lamung -
Chemical has leaked out from an overturned trailer in Nong Plalai this morning.

The Bang Lamung Police were notified of an accident at 8AM on Road No 36, Pattaya southbound.

Police and emergency responders arrived at the scene to find the overturned trailer on the road. A lot of liquid chemical had leaked out.

36 year old Chalart Panngan , the driver who was not injured was waiting for police at the scene.

He told police that he was trying to avoid a collision with another truck when he lost control of his vehicle.

Police have found that the chemical is not harmful. The road is being cleaned while police are continuing their investigation.