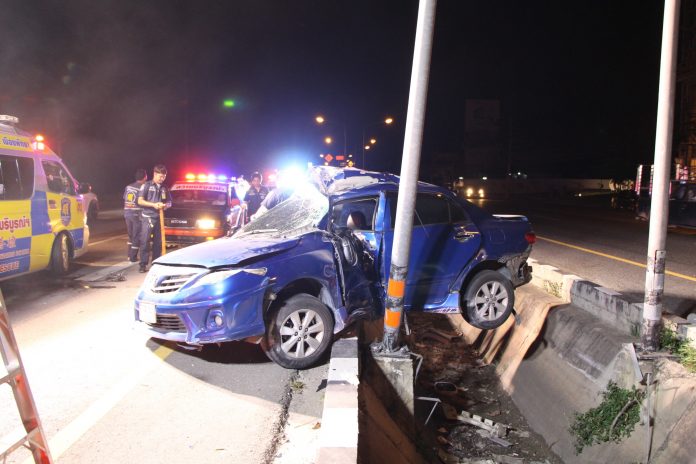 Two people have sustained injuries after a small motor vehicle has slammed into a power pole in Pattaya early this morning.

Sawang Boriboon Thammasathan rescue workers were notified of an accident on Sukhumwit Road at 2AM.

Emergency responders and The Pattaya News arrived at the scene to find a damaged sedan crashed into a power pole. The sedan driver, 21 year old Silada Dettan, had sustained minor injuries.

Her passenger who had sustained serious injuries was taken to a local hospital. The passenger was not named to the press.

Ms. Salida told The Pattaya News she narrowly avoided a collision with a pickup truck. She then collided with a power pole.