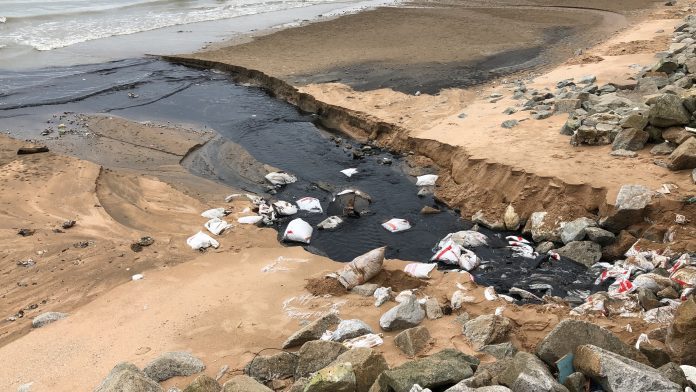 On July 5th, 2019, social media was abuzz with videos and pictures from concerned citizens on Na Jomtien Beach as once again thick black water poured into the ocean from local drains despite the city stating previously that sandbags and an iron gate would prevent this problem in the future.

In May, we and other press outlets reported on the condition of Na Jomtien’s beach as videos went viral about the condition of the ocean. Authorities held multiple meetings and stated that the issue was damaged pumps and pump stations that needed to be repaired. The city admitted that the system would take time to repair so used temporary measures such as consistent cleaning of the drainage system, sandbagging exits to the beach, installation of an iron gate to prevent wastewater from going to the ocean and rerouting wastewater to other pump stations in the Pattaya area.

However, as the current storms showed, the temporary solution was not enough and once more foul looking and smelling black water poured into the ocean in Na Jomtien.

City officials state the iron gate failed during the heavy storms which also caused sandbag barriers to be destroyed and be washed along the beach. 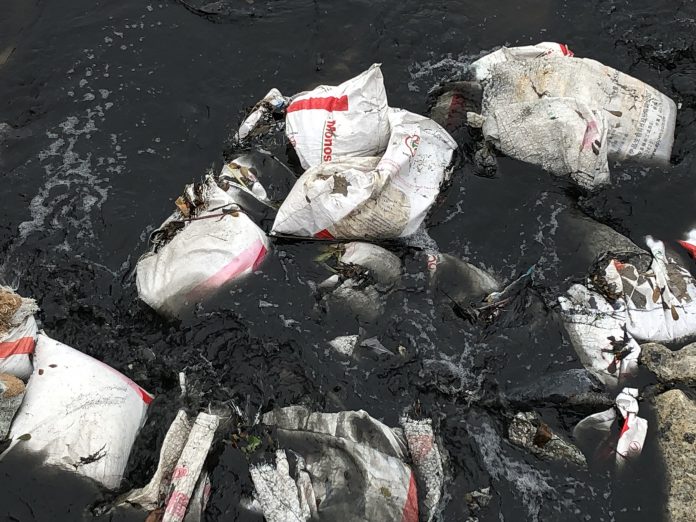 They will be installing a new, sturdier iron gate and sand barriers city officials stated to the press.

Work continues on fixing the pump station and drainage system, however, authorities stress it is not an overnight process and will continue to take time.

City Officials state full cleaning of the pump system and drainage system is currently taking place as well. They also said they will be increasing the number of checks on the system as well as ensure they keep updating the local community on a consistent basis on the progress of the overall fix of the drainage system.